Difference between Baptism and Christening 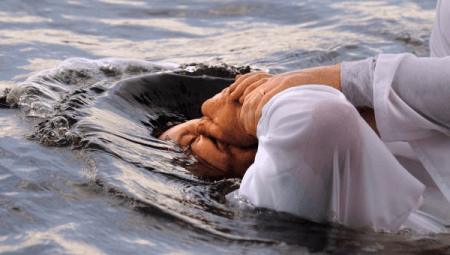 Baptism is a Christian religious sacrament. It consists of the follower officially embracing the faith and it must be performed by a member of the clergy. Baptism can be done by immersing, pouring or sprinkling water on the person getting baptized. The method used depends on the way in which the ritual is performed by the Christian denomination into whose Church a person is about to enter.

The act of baptizing in itself consists of the member of the clergy stating that the baptism is done in the name of the Father, of the Son and of the Holy Ghost. It is followed by immersion or the sprinkling of water as a symbol of the sins of the believer being washed away by his faith.

This is the only Christian sacrament that can be done by anyone in case of an emergency. The person executing the sacrament does not even have to be Christian. The only elements that must be respected are the canonical chant (“I baptize you in the name of the Father, of the Son and of the Holy Spirit”) and the use of water.

Taken out of the religious context, a baptism represents a form of initiation. It is generally agreed upon that this ceremony is mainly performed on young children, even though some parents choose to put off the baptizing part and the integration within the Church until the child is old enough to make such a decision for themselves.

So what is the difference between baptism and christening?

Once you understand which is which, things get simple. The baptism is the religious sacrament and the christening is the ceremony during which the sacrament is performed. Also, a christening can take consist of only name giving without the child being introduced as a member of the Church, as some denominations prefer their followers to make their own choices in this respect.

Also, christening ceremonies are mainly held for babies, whereas a baptism can be performed any time during a person’s life.

Outside of the religious context, “baptism” can mean “initiation”, whereas “christening” can also mean “naming”.

Difference between Pastor and Reverend

Difference Between Baptist and Pentecostal

Difference between Baptists and Mormons
Boost your knowledge
Sign up for our newsletter to get comparisons delivered to your inbox.
Recent posts