Difference Between Bloods and Crips

By: Cedric | Updated: Dec-11, 2022
The contents of the Difference.guru website, such as text, graphics, images, and other material contained on this site (“Content”) are for informational purposes only. The Content is not intended to be a substitute for professional medical or legal advice. Always seek the advice of your doctor with any questions you may have regarding your medical condition. Never disregard professional advice or delay in seeking it because of something you have read on this website!

Gangs are groups of people who have a common bond or interest, usually centered around criminal or unlawful activities and/or the cause for which they stand. Gangs are often organized by age and geography. Over time, groups like these can grow to become known as gangs because of their aggressive nature and violent tendencies. 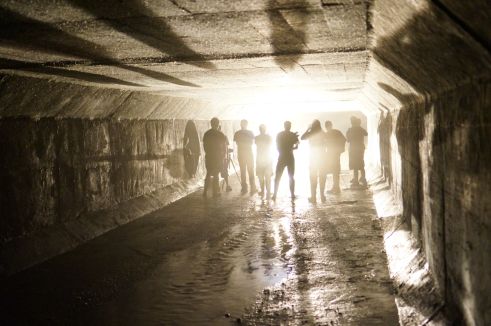 How Many Types of Gangs Do You Know?

These two street gangs were formed of African-American people who had a certain interest in gang violence. When both these gangs came into being, they were small in numbers.

However, during the Vietnam war they grew in number and faced a lot of difficulties. Hence, both the gangs have grown and now have many members.

What Are The Bloods?

The Bloods are one of the oldest, most well-known gangs in the United States. They are originally from Los Angeles, California, and have spread to other major cities in the US. They are known for violence and rivalries between gangs in different areas of their territory.

Bloods members identify themselves using a variety of traits, including colors, clothing, symbols, tattoos, jewelry, graffiti, language, and hand signals. Bloods’ band color is red. They like to wear athletic clothing such as jackets that highlight the color of their gait.

The most commonly used Bloods symbols are the number “5”, the pentagram, and the pentagram crown. These symbols are intended to represent Bloods’ affiliation with the People Nation, a grand coalition of affiliates formed to protect alliance members in federal and state prisons.

These symbols can be found in the tattoos, jewelry, and clothing of gang members, as well as in gang graffiti that the Bloods use to mark their territory. It may contain declarations, threats against rival gangs, or descriptions of criminal acts involving gangs.

Bloods is a loose grouping of small gangs that have a shared street gang culture. Each set has its own leader and acts autonomously from the others. Bloods are largely made up of black members, but some of the Bloods are led by members of other races and cultures.

What Are The Crips?

While the Bloods are the most well-known gang in America, they are not the only ones: The Crips also exist. This gang originated from Los Angeles and is known for its more violent nature than the Bloods.

While the Bloods are the most well-known gang in America, they are not the only ones: The Crips also exist. This gang originated from Los Angeles and is known for its more violent nature than the Bloods. The Crips were founded in 1969.

Their name comes from the letters C and I, which combine to form “Crip.” The gang was originally known as the Rollin 20’s Crips. The members were mostly young African-American men who were separated into two different gangs: one gang called the West Side Gang, and the other called the South Side Gang.

Their members have been known to have a strong connection with their fellow Crips, and are often seen as an organized criminal group. They have also been known to take in victims who were members of other gangs.

Blue is their color. The Crips are known for being more organized than the Bloods. The Crips have no specific initiation rites, but they do have rules that make them different from other gangs.

Their members must be at least 13 years old, and must have a clean record. They are also divided into cliques called sets or crews, who specialize in certain areas of their territory. They are known for being more violent when compared to the Bloods. The Crips engage in illegal activities such as drug dealing and auto theft.

Even though they are very different in terms of their origins and objectives, the Bloods and the Crips have a long history of rivalry. It is believed that these two gangs have been at war since the early 1970s.

They are known for having been fighting each other as far back at that time, though it is not known how the rivalry began. At one point in time, it seems that the Crips and Bloods were on good terms with each other.

They even had a truce for about two years in the mid-1980s. However, after this period of peace, the two gangs started to fight again and had another truce . After this, the two gangs have been at war with each other.

Though the two gangs have a long history of rivalry, they can still be found in different cities today.

As their rivalry goes back to very early in their history, it is not known exactly how the two gangs became enemies or why they formed into opposing factions.

Although there are some similarities between the Crips and Bloods, there are also significant differences as well. These include:

The Crips have no rules, while the Bloods have a set of rules that are very strict. The Crips do not recruit from other gangs as they are bound by a code called “Blood in, Blood out.”

They will only join if they have no other option. However, the Bloods can recruit members even if they have been previously convicted of a crime.

They have been known to have a lot of rules, but these rules are not as strict as the Bloods’ code of honor. While the Crips are more violent than the Bloods, this does not mean that they are more dangerous as a whole.

The Crips can be found in every city and town across America, whereas the Bloods have only been known to exist in Los Angeles, California and other cities in the west coast.

Difference Between Purple and Violet

Difference between Road and Street
Boost your knowledge
Sign up for our newsletter to get comparisons delivered to your inbox.
Recent posts